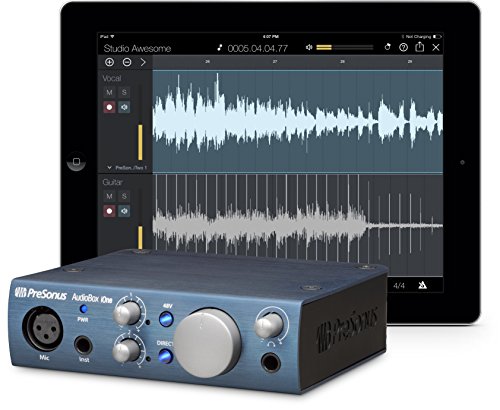 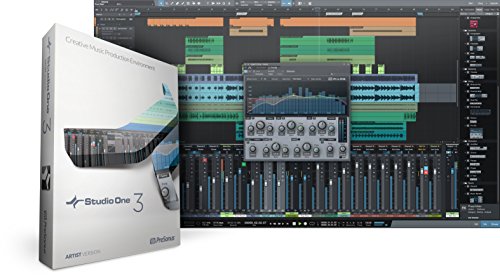 AudioBox iOne. The PreSonus AudioBox iOne is the precise choice for mobile musicians and podcasters who’re on the lookout for a professional means of recording on their iPad or laptop. This USB bus-powered interface offers one instrument input and one mic input with a high-performance Class A mic preamplifier, balanced TRS monitor outputs, and professional-quality, 24-bit/96 kHz converters in an effort to capture your source in great detail, anywhere you’re ready to record. The iOne is built with a rugged metal chassis, and works with virtually any Windows, Mac, or iPad recording software. It also comes with PreSonus’ Studio One Artist DAW software for Mac and Windows and works with free Capture Duo for iPad recording software, with direct wireless transfer of your recordings to Studio One. Capture your inspiration the moment it strikes with the PreSonus AudioBox iOne audio interface. Studio Magic Plug-in Suite Included Both new and existing registered owners of any currently to be had PreSonus audio interface or mixer are receiving a free bonus: the Studio Magic Plug-in Suite for Mac and Windows. The software bundle includes seven popular plug-ins in VST, AU, and AAX formats. Currently eligible interfaces and mixers include the PreSonus AudioBox USB, AudioBox i-series, and Studio-series interfaces and StudioLive Series III, StudioLive AR USB, and StudioLive RML-series mixers. The software can be mechanically added to registered users’ online MyPreSonus accounts and will also be downloaded at any time-even though they bought the eligible PreSonus interface or mixer years ago. The suite includes: SPL Attacker, Maag Audio EQ2, Lexicon MPX-i Reverb, Eventide H910, Eventide 2016 Stereo Room, Brainworx bx Opto Compressor and Arturia’s Analog Lab Lite.
Bus-powered USB 2.0/iPad audio interface
1 mic input with Class A mic pre and +48V phantom power
1 instrument input
2 balanced 1/4″ TRS main line-level outputs
Easy-to-use Studio One Artist DAW software included

Be the first to review “AudioBox” Cancel reply