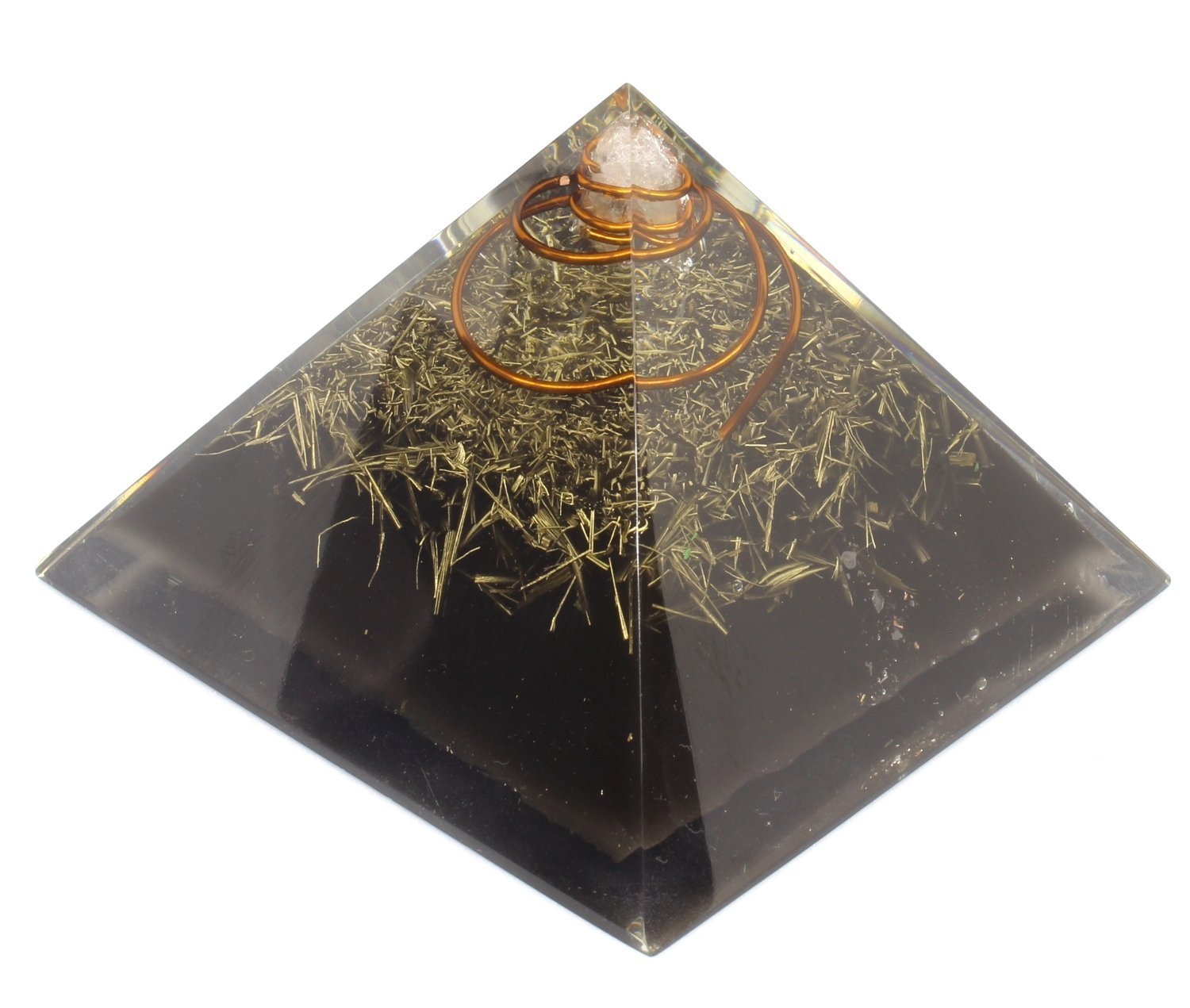 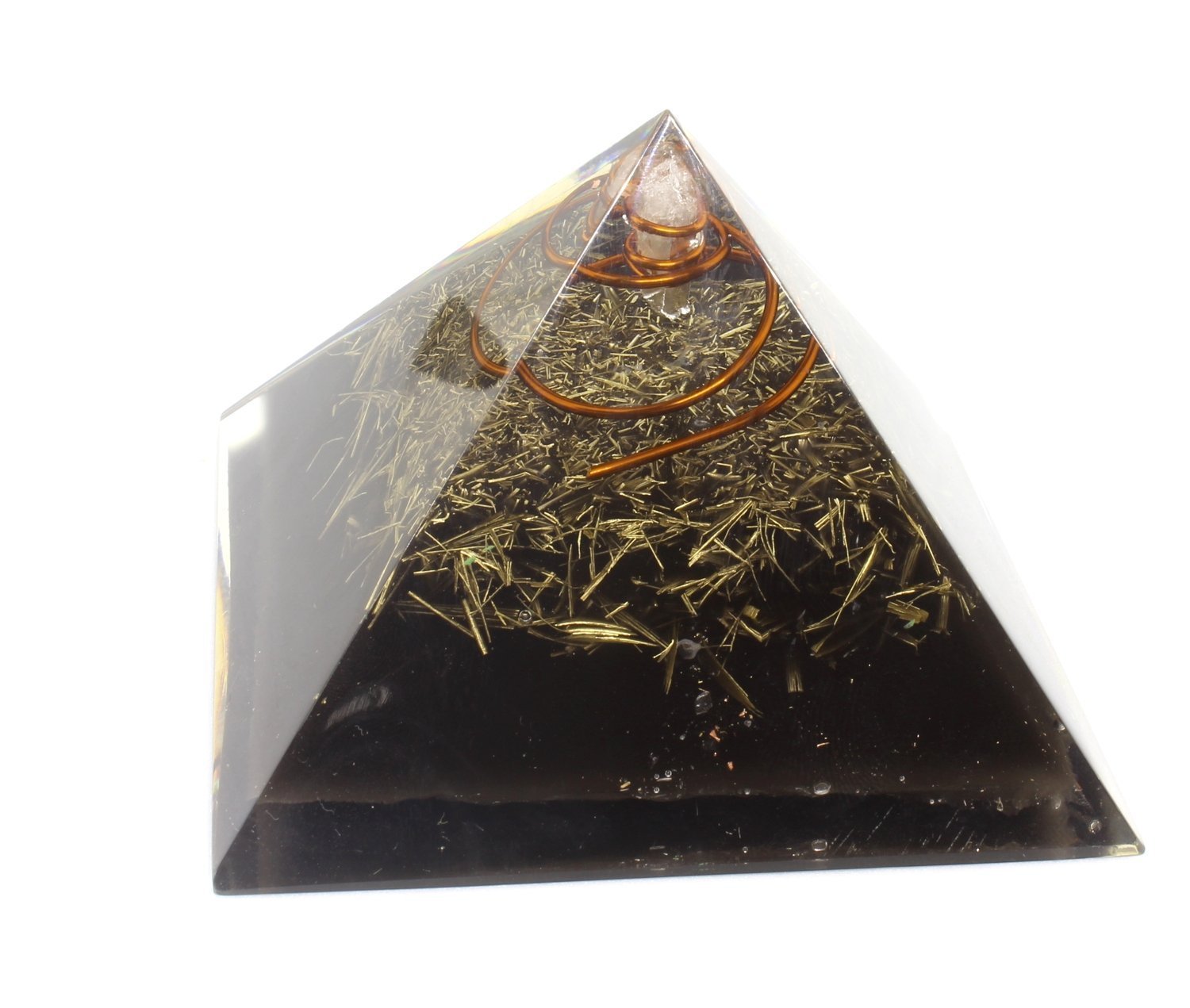 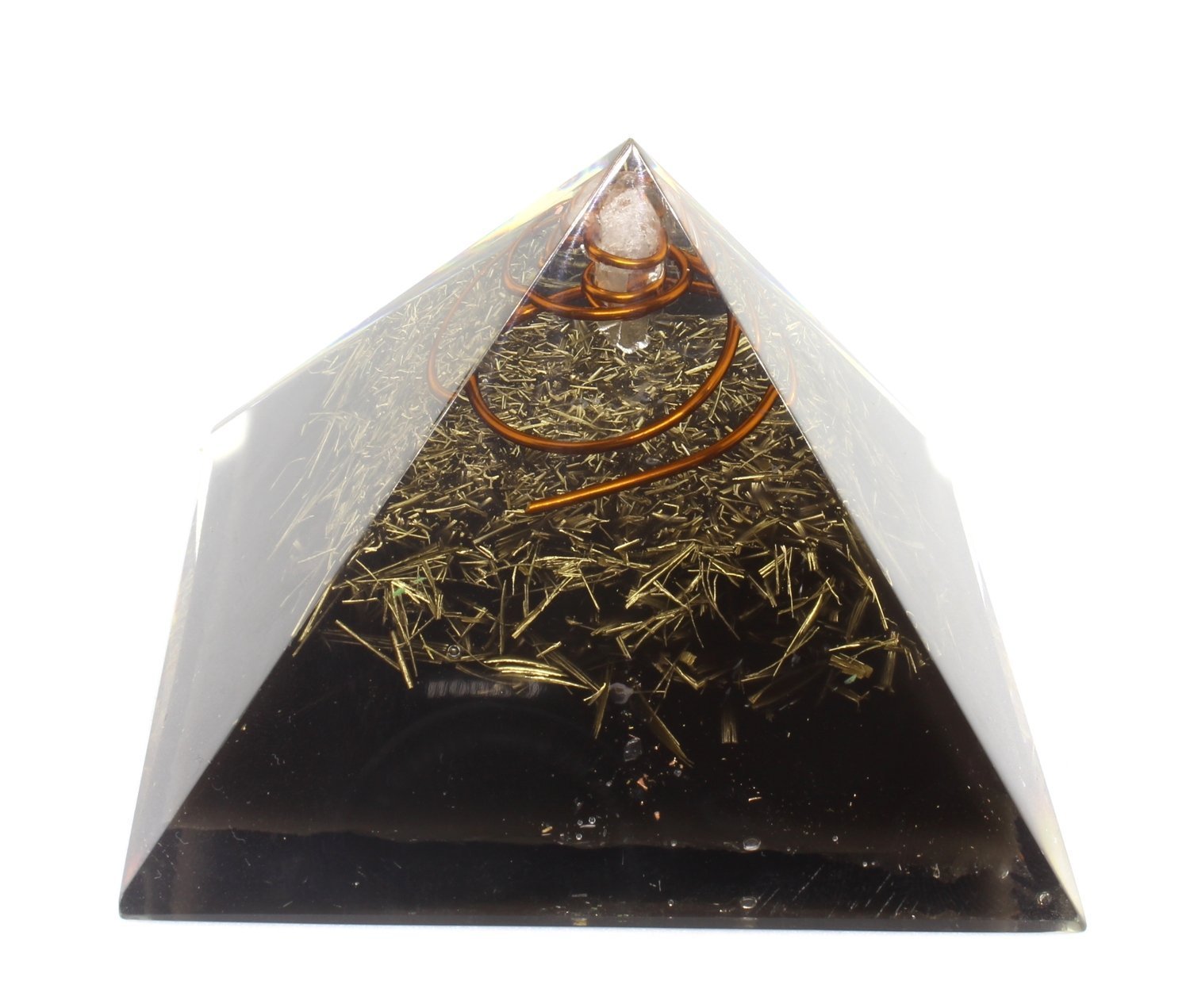 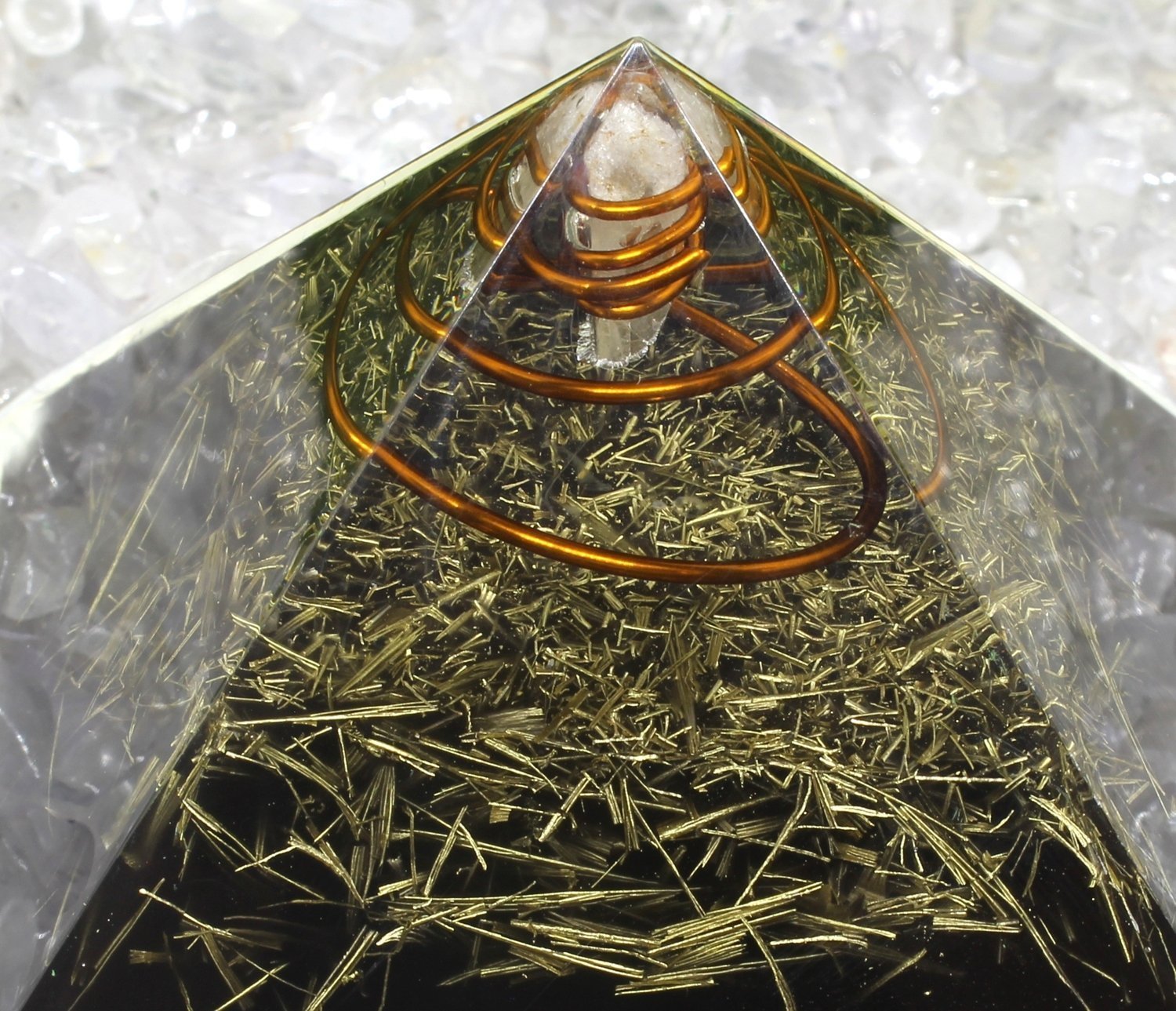 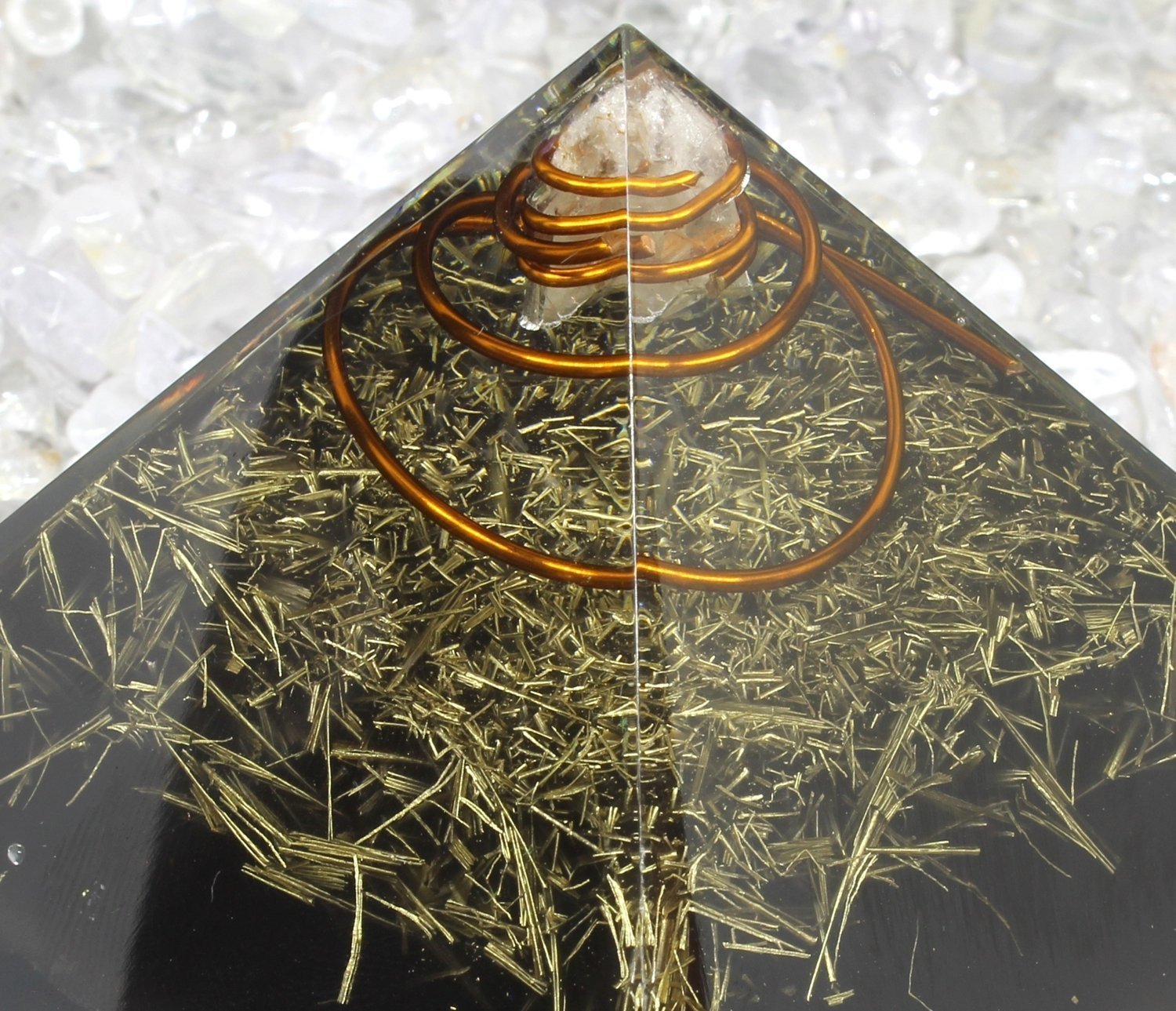 Orgone pyramid helps to filter and balance energy fields in our environment and can aid in strengthening your energy body by converting low-frequency energy into a higher frequency that is more beneficial for life forms including yourself, pets and plants. It is a great idea for 15th-anniversary gifts

Why Orgone Pyramid is So Special ? Let’s have a look below!

✔Our Energy generator Orgonite- is made on the same technology as Wilhelm Reich’s Orgone Accumulator.

✔Orgone pyramid helps to neutralize electronic smog (EMF)- from cell phones, cell phone towers, wi-fi, computers and electronic devices that you expose yourself to each day. The interaction of organic resin and inorganic metal creates orgone.

✔Healing Chakra- condensed metal matrix that include a combination of quartz crystal and other energy clearing crystals and stones that absorb negative energies and transmutes them into positive forces that stimulate the body to heal itself.

✔The crystals and stones- have been charged with positive intentions prior to casting. They have also been smudged with energy clearing white sage. Smudging is an ancient Native American tradition used to cleanse negative energy. The Orgonite are infused with harmonic tones all through the curing process that help balance the body’s natural frequency.

☀️Wherever you place these orgonite they keep the air and life force in the home clean and positive. But even so this can be a great centerpiece for a spa, yoga studio, drift center, business or home environment. Even though They may be able to be placed anywhere you need to clear ambient energy!☀️